Here is a list of the tricks and tips I found deploying vRA 6.2:

This one is very nice. Java 1.8 prevent Liquibase from working using SSL (credits). The easiest workaround is to install Java 1.7 instead.
Don’t forget to create the JAVA_HOME environment variable using short names because again vRA installer is not confortable with the quotes in the path.

I was working at a customer where IE is stripped out from Windows (even the explore.exe file is removed). Nevertheless if you don’t disable IESC for admin this will prevent the installer to reach the repository. So disable it (server manager > local server > IE Enhanced Security Configuration). 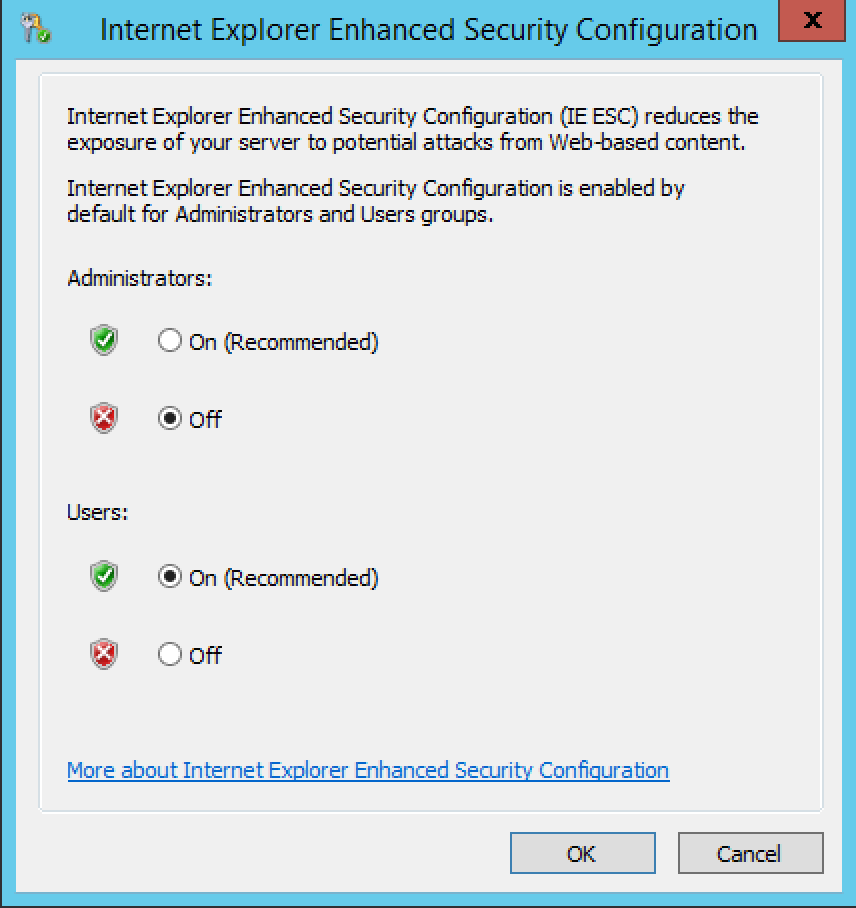 When you try to deploy a simple install be aware that you cannot control the following elements:
– Installation path of vRA, everything will be deployed in “C:\Program Files (x86)\VMware\vCAC”
– Certifiacte to use, vRA installer will generate a self-signed one. You can then change it after the install following the procedure on page 126 of vrealize automation 62 installation and configuration PDF.

When you choose the custom install and want to deploy everything on a single machine you must deploy all core components in one pass. I tried to deploy database, model manager data and web site then later Manager and the installer just told me that the vCAC app pool already exist and refused to go further. I had to reinstall everything from scratch including dropping vCAC DB. 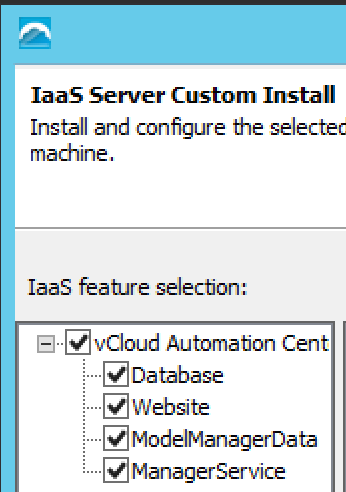